Speak Up! The Future Of Voice

Bold claims exist around voice. According to the news, it’s set to replace the keyboard. Apple’s mobile assistant Siri is already a go-to for busy people out-and-about, but voice in the home is here. Amazon’s Echo and Google Home are two devices which are being placed on coffee tables and bookshelves around the world. These virtual assistant don’t need food, water or sleep, just a charger. With just your voice, you can ask about the weather, set timers, play music, and even control lights and lock doors. According to Google, 41% of its adult users are now using voice search at least once a day. Amazon has sold more than 100 million devices with Alexa built in. As these smart devices’ vocabulary broadens and their understanding of informal language improves, the experience they can offer users will become much more rewarding. Voice is the new technological frontier, but why is it becoming so popular?

Voice interaction is faster. As the television remote allowed people to stay on their couch and change the channel, voice means we don’t even have to reach for the remote. These home devices don’t have screens and have very few buttons. They are always switched on and always listening, waiting for a command prompt. Entirely hands-free design is such a powerfully attractive product feature too. Scrolling through menus, selecting from options and pushing digital buttons could soon be old-fashioned.

Voice is also predicted to overtake other typing because it’s intuitive. One of the first things we do on this planet is learn to talk before anything else. Besides people with speech disorders and impediments (which is an issue for smart speakers) conversing with speech is natural. Smart speaker technology simply has to continue becoming more advanced. However, smart speakers and voice interaction are still in their early days. Hearing ‘I’m sorry, I don’t understand’ after asking a seemingly simple question is frustrating and reminds us we’re talking to a machine.

Voice has put SEO on everyone’s agenda. People don’t phrase their spoken queries the same way they type into Google or other search engines. Asking search engine for results in the form of a question has long been a laughable offense. However, people now ask Apple’s Siri and Echo’s Alexa questions as if they’re human all the time. Voice search is adapting quickly and becoming more conversational and businesses have to respond in a similar way as well. 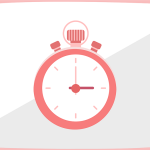 The New Nano-InfluencerBranding and Marketing, Food for Thought, Social Media