A Matter of Influence

The term “influencer” is being used more and more in the marketing and advertising world. There is a divided opinion in the media world surrounding this new form of promotion.  Whilst some marking it a major player in the future of advertising, others are disappointed at the drastic shift away from traditional methods this brings forward.

Influencer marketing is a term that hasn’t particularly been defined, as it encompasses such a wide range, landing it in sort of grey area in the marketing sphere. In broad terms, those with an influential following on social media channels, use these platforms to drive consumer engagement for brands. Influencer marketing differs from traditional marketing in the sense that the focus is on the person (the “Influencer”).  Given how consumerism has changed, it is no surprise that the way we market should too. Shifting away from the direct sell, sees consumers engaging and interacting with brands on a new level. Influencers have a significant impact on consumers through the factor of trust.

Those against this form of marketing, have a critical perception of the basis by which influencers label themselves “influential”. Facebook Asia-Pacific’s head of agency Neil Stewart was quoted saying:

“To be an influencer, you must have influenced something. I don’t necessarily think that’s true for a lot of influencers. There are plenty of ‘influencers’ who have friends, followers; they have a blog and people who see their content. But until you can prove that they have ‘influenced’ – so changed behaviour, an attitude or an action – I think we could almost sue them for using a false or misleading description.”

Whilst most people view this as a total shift away from traditional methods, what it is, in fact, is a new way to use the core principles of marketing and advertising to better reach an intended audience. By tweaking traditional methods such as the industry trade-off between reach and frequency, advertisers can customise their campaigns at the hands of carefully selected influencers.

The significant advantage for brands is that you can directly target your market if you choose the correct influencer. However, it is a process that requires significant monitoring and analysing, to ensure your results are worth your investment. Having said all of this, having a strong care marketing strategy and a process is your first point of action, and influencer marketing is a fantastic way to later compliment this and take your brand to the next level. 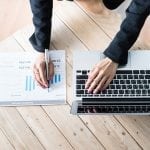 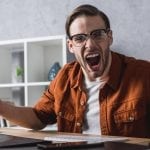 Telling vs Inspiring Through AdvertisingBranding and Marketing, SEO