What We Learned From Myspace

Myspace was once the social networking site. Its meteoric rise into the public spotlight made it the front-runner in the Web 2.0 race, right as the social internet was burgeoning. At its peak in June of 2008, the website attracted 75.9 million unique visitors, making it the most popular website in the world. At the time other social networks were popping up with similar functionality, Myspace came out on top as a household name. It brought social networks into the mainstream, but then steadily and swiftly fell into obscurity. These days, it doesn’t resemble its former self at all, with a tenth of the traffic it used to generate. So what can we learn from this spectacular fall from grace?

Anyone could craft their own identity on Myspace. The ability to connect with friends, post bulletins, and publish photos and videos onto one’s own personal page on the internet was new and alluring. The theme, content and layout could be personalised as little or as much as one wanted. Upon signing up, every user was welcomed to the site with a new friend Tom Anderson, the company’s president. The design also cruelly forced users to rank their top eight friends in order. It was features like this which made the site feel homespun. However, Myspace wasn’t coded in a garage over late nights in between breaks to play video games, it was made by a Los Angeles based internet marketing company eUniverse. In fact, the first iteration of Myspace was built in only ten days.

So what went wrong? What happened to the company which was once valued at $12 billion? It might be easy to just say Facebook came along, but arriving a year later meant it had much less functionality compared to the creative playground which was Myspace. But it was also a clunky, painstakingly difficult to navigate free-for-all too.

The ability to customise one’s Myspace page coupled with a common unfamiliarity with the phrase “less is more” meant that many user’s profile were overwhelmingly gaudy and messy. Facebook’s cookie-cutter approach to personalisation made their pages clean, streamline and easy to navigate.

Myspace was bought by Rupert Murdoch for a record-breaking $580 million dollars in 2006. All the bureaucracy, lawyers and policy that were part of Murdoch’s media empire made improvements to the user experience progress slowly. The extra clicks which came from frustratingly moving from page to page generated plenty of additional ad revenue as well, which might have made the budget conscious at News Corporation nervous. Whatever the reason, the team behind Myspace did not address its design and poor usability, and its users eventually moved on. While over at Facebook, its team innovated fast.

Facebook was the first to use email marketing, shooting emails to new users encouraging them to sign up their friends. Facebook was the first to go mobile, beating Myspace by a whole year. It was the first to open to developers as well, which meant new apps and games keeping people on the site, playing Farmville and Candy Crush for hours on end. The list goes on. From the beginning, Facebook has always focussed on innovating its user experience. And Myspace didn’t do it fast enough. 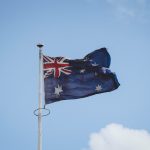 From Praise To Boycotts: When Is Controversy Okay?Branding and Marketing, Food for Thought, Social Media 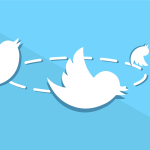