From Praise To Boycotts: When Is Controversy Okay?

With Australia Day almost upon the nation, strongly-worded articles and think-pieces about the day’s bleak history are being written, read and shared across our wide and hot country. Australia Day used to be a simple advertising opportunity for national brands to align themselves with our nation’s brilliantly unique identity, but January 26th is becoming less simple. Politics, history and community sentiment are obstacles which if not traversed properly could have disastrous impacts on a brand. So how does one navigate a controversy in advertising? Here are three points to remember if you’re considering including a controversial issue in your next campaign.

In the online era it is easy to research community sentiment. The more controversial the issue, the more polls, online debates and surveys available for perusal. If you find your plan to weigh in on a particular side of debate is against an overwhelming majority, rethink the entire concept. Also, while a campaign may be well received in the moment, if a trend shows the sentiment of the near future might look back on your advertisement not so well, rethink the entire concept again. The users of the internet are excruciatingly good at unearthing the racist, sexist and homophobic relics of advertising.

Will it work with your brand?

If your idea for an advertising campaign doesn’t forecast an immediate backlash, take a look at your own audience. Study your own marketing and analytics to see who buys your products or services. Look to understand which way your target market are swayed on the contentious issue you want to use to springboard your brand.

Coopers came under fire when the infamous ‘Keep It Light’ campaign, produced by the Bible Society, featured their light beer. While the video simply encouraged debaters to ‘keep it light’ when debating same-sex marriage, the response from Cooper’s drinkers was astonishing. The call for boycotts forced the Australian-owned and independently run craft beer brewery to apologise. In that instance, Coopers didn’t understand their audience. They primarily target 18-35 year old men and women, who are likely to be university students or young professionals. In retrospect, this market would probably be more likely to be less secular and vote for marriage equality, and the reaction the video demonstrated this immensely.

If they’re not your audience, do not go ahead.

If you know your brand, your audience and their expectations from your business, then use the controversy. hhose who are not your audience, were probably never going to buy your products or services anyway. However, if for some reason the research isn’t there, do not take a risk. Do not trick yourself into believing the attention will be good for business no matter the reaction. While the adage is ‘any publicity is good publicity’, a mistimed and misscommunicated message could easily alienate current audience. Remind yourself how much time, effort and thought you have put into your loyal customers. It’s easier to maintain loyalty and stay consistent than to venture into an unpredictable media storm.

If you liked this article, subscribe to our monthly newsletter to have our articles delivered directly to your mailbox. 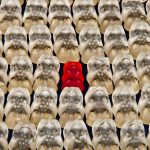 Give Your Brand a PersonalityBranding and Marketing, Food for Thought 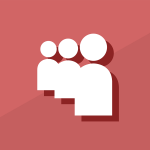 What We Learned From MyspaceBranding and Marketing, Food for Thought, Social Media