Given the nature of the Facebook scandal at the moment, users are at their most aware about what they share and what privacy really means on the sites through which they share every inch of their lives.

A recent issue experienced in the world of social networking was the introduction and quick decline of social networking site, Vero. Although it was established in 2015, Vero only saw a recent public interest as a strong competitor to Instagram and Facebook. Vero means ‘truth’ (a problem that Facebook is currently facing). However, it did not live up to its name, spiking multiple levels of controversy within a matter of days.

Vero’s main selling factors are its position as a completely ad-free platform and it promises to have a chronological interface, rather than the algorithmic approach recently taken by many other social networking sites. It can do this, through receiving funding by being a subscription-based service. Given the data-sharing scandal Facebook is facing, this at a glance, seems perfect. In addition to this, it offered free memberships to the first one million subscribers.

After a dramatic increase in popularity, resulting in more downloads in less than a week than in the first three years of its existence. However, users quickly caught on that this platform wasn’t actually here to answer all their problems. In fact, it may create more. The app was unable to keep up with the high demand, resulting in various glitches and user issues. A bigger issue was privacy. Once users have an account, it is almost impossible to remove it; thus storing your data with Vero forever.

Content creators and the like were so eager to jump on the Vero bandwagon, but openly backtracked and warned others of the issues with the platform. This is not to say that Vero won’t succeed, but it is important to be wary of what you’re signing up to because if it seems too good to be true, it probably is. 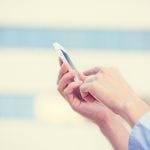