For nearly two decades the mobile phone has had a camera capable of recording video. Its first iterations were humble, with videos as pixelated as the likes of found footage of Big Foot. The phone’s internals have improved dramatically, however these days most people use their smartphones for selfies or embarrassing snapchat of friends. While your phone’s camera will easily be bested by professional equipment on most occasions, you can record deceptively more professional looking videos on your smartphones with these tips.

Proper lighting is key to the success of any filming, especially when the light sensors in your smartphone are not as sensitive as those inside its expensive counterparts. So nighttime shooting should be avoided if your only equipment is a phone. Anything you film has to be well lit to avoid the grainy abyss that brings down most videos shot without preparation. Shadows stand out in phone recordings too well. However, if you have good even natural light, a backlight or possibly even a reflective surface to shine onto your subject, your final product will be clear.

The movement blur, rolling shutter and auto-refocus are all hurdles that can be overcome by keeping the phone steady. Keep both hands on the phone and bring it to your chest as close as possible and lock your elbows in by your side. If you don’t feel like being a human tripod, you can buy a non-human tripod or stabilizer as phone attachments online. If you can risk it, DIY secure it to anything or prop it up on any object to get the shot.

The mobile phone’s most prominent failing as a camera is its lack of zoom function. The digital zoom won’t get you fidelity like a tech expert enhancing footage on a television. However, although it’s video capabilities may be lacking you can adapt with the mobile phone’s best feature, it’s mobility. Move closer to your subject if possible, and if you can’t get the shot you want then you can purchase smartphone lenses online.

There’s an obvious reason vertical video is the bane of the internet. Keep your phone horizontal while filming you maniac.

If you would like to have your ideas filmed, produced and edited into a clear and inspired video for sharing, contact us to learn more about our tprmedia’s video production services. 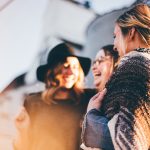 Enhance Your TouchpointsBranding and Marketing 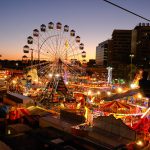 Why The Bertie Beetle Showbag Is So Darn PopularBranding and Marketing, Food for Thought