The History Of The Hashtag

In August of 2007 internet aficionado Chris Messina proposed the early adopters of Twitter group tweets with the pound (#) symbol to tag posts. The idea did not fall on deaf ears. A writer named Stowe Boyd soon after approved of the notion, and thus the hashtag was born. Messina expanded on his initial thoughts and took to his blog to explain his idea of the hashtag as a method of contextualisation, content filtering, and exploratory serendipity. symbol is now much more than that.  The hashtag ‘#’ is a cultural phenomenon.

The hash symbol and its functionality is no longer unique to Twitter. The symbol is now part of almost every social network and micro-publishing platform. The slanted lines highlight emerging trends and breaking news across the globe. Televised sport, concerts, political debates are discussed with it. The eight-legged cross-hatch easily organises posts so people can find the discourse and contribute an opinion. The mainstream has adopted it. Everyday people slip the symbol into conversations and speeches. Birdseye has even launched their Mashtags potato chips featuring the hashtag and ‘at’ symbol (@).

What elevates the hashtag beyond others is that it’s also a marker of irony. Well-intentioned marketing campaigns can backfire easily if a hashtag is misused for hilarious results. Quick-witted individuals can now dole out snark as efficiently as ever. It’s application is also far-reaching too. #MeToo, #BlackLivesMatter, and #occupywallstreet spread like wildfire with the symbol, made the news and then became a talking point. The hashtag is not only a functional marker of a topic for easy search, it’s a slogan generator.

Pound. Number. Hex. Octothorpe. Tic-tac-toe. The hashtag that we know, love and suffix posts with has had many names throughout its long history. However why that particular button on the keyboard? Messina chose it because the hashtag had been used previously on early internet relay chat (IRC) channels to identify groups. In an interview in 2014 he explained “it seemed to me that appropriating something that was already used elsewhere would increase its chances of adoption”.

However he also praises its aesthetics wholeheartedly.

“I guess I’ve come to really identify with the symbol – it’s quirky and a bit underrated but had something to offer that perhaps it itself hadn’t even realized before. I can relate to that.” 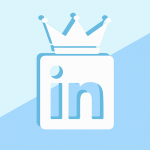 How LinkedIn Has Grown Its Social KingdomFood for Thought, Social Media 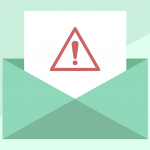