Are Users in Control?

In the modern digital age, users have more power than ever before. The rise of social media networks has brought users together and given them an increased ability to dictate the ultimate success of these platforms.

Popular social networking application Snapchat has recently been under fire following it’s latest update. Snapchat made the transition from a personal network-based platform, to incorporate a confusing interface with a higher level of sponsorship in its media mix. This has left users furious, with a change.org campaign to ‘Remove the new Snapchat Update’ gaining over 1.2 million signatures.

One notable moment in the Snapchat saga was the moment that reality TV star and highly influential Snapchat user Kylie Jenner tweeted and took $1.3 billion off the market value of Snap Inc.

sooo does anyone else not open Snapchat anymore? Or is it just me… ugh this is so sad.

And just like that, the following happened to Snap Inc. in the stock market:

Following this backlash, Snapchat initially refused to listen to users, however in the last couple of days Snapchat has caved in and brought back some of it’s most loved features, delighting users. This shows just how user-centric these platforms have to be to survive. 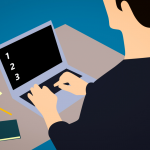